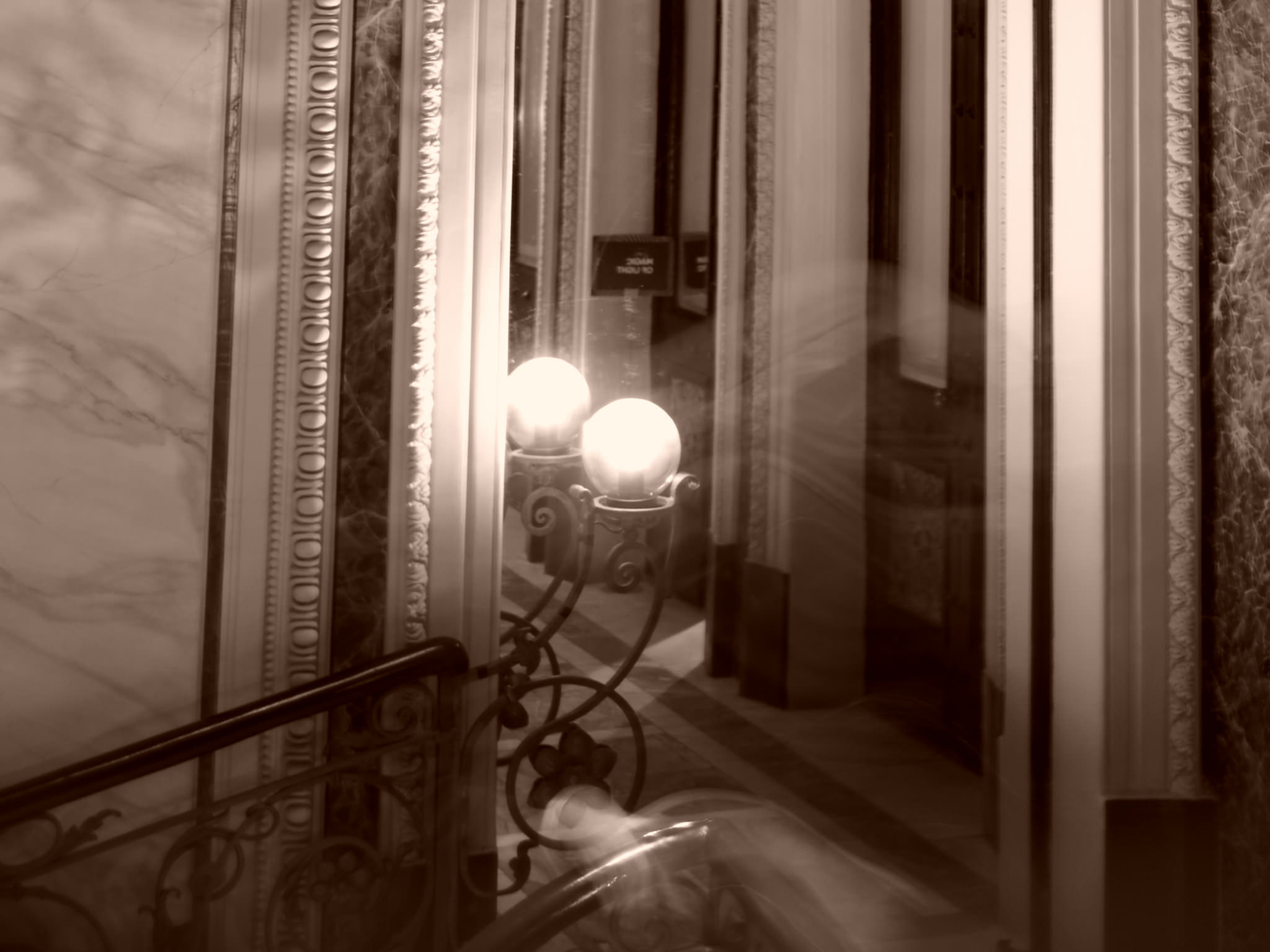 After my father died my mother sold the house we had grown up in. The buyer got builders in to make some changes. The builder mentioned to the buyer that he had seen a man he didn’t know standing in the hallway. He was quite distinctive, this man, as he was wearing a cape. He was looking at the work being done and appeared to approve of it. The builder assumed that this man was a relative of the buyer – perhaps her father – but the buyer could not think who it might have been.

She didn’t know that my father was often to be seen in winter wearing a tweed cape. He was an architect, and had designed that house.