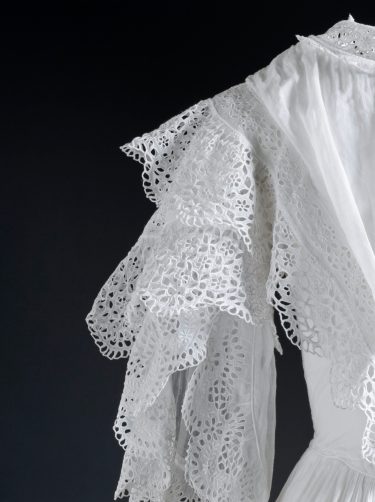 I was about 13 and was living with my Mother and Grandmother. Opposite our home in Allerton lived an elderly couple who had a daughter Sheila, and a cute scruffy little dog. I remember they even had an aviary in their living room. The mother who I called Aunty Betty was bedridden and my grandmother visited her daily and often my mother and I too.
Their daughter Sheila was a lot older than me, maybe 26? But she suffered from epilepsy and had the mental age of a young child… I knew she had been in hospital several times over the years but in those days we were never privy to certain ailments or what went on in families and parents and grandparents never discussed these things in front of children.

On the morning in question, my mother had already left for work, it was about 7.30am and my Gran had called into me to get up for school. As I sat up in bed there was Sheila standing in front of me. She was always smiling and giggling and she just stood there with this huge grin on her face. I said Hi and asked her what she wanted, maybe I thought my Mum had let her in, I don’t know… She didn’t answer me, just kept smiling. I asked did she want my Gran… Again no answer so I said I’d go and get gran for her.
I went into my gran and said “Gran Sheila’s here… She’s in my bedroom but I don’t know what she wants, maybe she needs to needs you to go to Aunty Betty”. My Gran gave me a strange look and immediately followed me back to my room but Sheila was gone. I went to the window to see if she was crossing back to her house and there was no sign of Sheila but there was a policeman at her door.

My Gran told me to just get ready and go to school … She’d take care of it.

When I came home that afternoon I asked my Gran what happened about Sheila… The thing that had stuck in my head most was how she looked and what she was wearing… I’d never seen her dressed up and spotlessly clean – It sounds awful to say, but given that Aunt Betty was bedridden and Sheila had the mental age of a child, what with a dog and birds everywhere, their house was anything but clean. But this morning she had been wearing a pure white satin dressing gown. It was beautiful and it was immaculate!

Well, unbeknown to me Sheila had been hospitalised more than a week ago and that morning around 6am she had died. So when I saw her she was already lying dead in Sefton General Hospital. Her body had been brought home later that day I think and my Gran said that I had to go over to see Aunty Betty… She wanted to know about that morning. I was so reluctant to go but in those days you didn’t argue, you did as you were told. No one ever offered any explanation to me either…

I did go over and Aunty Betty of course was crying and she was upset that Sheila’s dad wouldn’t go into the parlour to look at Sheila – She herself couldn’t go of course and she asked me to please tell ‘Uncle Johnny’ to go in to see her. I did as I was asked but Uncle Johnny grabbed me and said I had to go in with him. I tried to get away, I was terrified… I’d never seen a dead person but I had no choice. Imagine my shock when I saw Sheila lying there in that pure white satin robe… I can still see it today … Now know of course that it was a burial robe supplied by the undertakers.