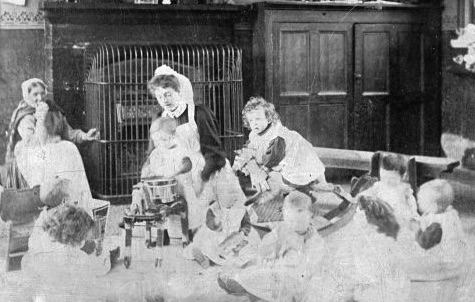 I was a security guard at a disused children’s hospital in Ormskirk. It was in the winter and I went on shift at 4pm – 11pm that night. All through the night I heard kids voices and banging, very loud banging.

I only had a torch with me for light.  I was saying ‘Come on now’ to see who was there, maybe kids messing around, but no one answered or appeared. When it was really dark, at 6pm I phoned another security guard who had worked there .  I said to him ‘The noise in here!’ He replied, ‘wait until it gets later on!’  and the noise and the voices became really loud.  There was a bible in the drawer of the office, which is very unusual, usually you find ‘girly’ mags.

Although I didn’t see anyone/ thing.  I sensed, with all the voices and banging, that there was someone there – more than one person.

The building is now a college and still people report that it is haunted.