Dr. Nam-Sat Chang is a publically funded doctor studying Theology under the Department of Philosophy in Peking University. He participated for over a decade in the parapsychological experiments by the former principle of National Taiwan University, Professor Lee Si-Chen, and was the former chairman of the Society of Parapsychology in Taiwan. He was an appointed lecturer at the Buddhist College of Singapore, and is currently the head of the Chinese Language department at Hsuan Chuang University. He has also published a book in parapsychology: Ψ-Ω0123: Subjective-Intersubjective Flower Ornament – The Dialectically Manifested Parapsychology and the Sequence System of Intersubjective Awakening. (2011, Taipei: Society of Parapsychology in Taiwan)

His works are full of bizarre, absurd grotesque image expansion, intent to discuss the society and contemporary survival experience. Zhang Xu Zhan specializes in hand-drawn animation, puppet animation, digital image, with the combination of experimental film and cinema, multi-channel video installation. And also exhibites various puppets and hand-drawings aside the expanding cinema, etc new media arts. His works has been collected by the Taiwan Museum of Arts.

A cross examination of the relationship between apparitions in animations and personal creative work through the experiences of a ceremonious paper craft maker.

1983 Born in Yunlin, Taiwan, currently based in Chiayi

-the meaning of “Pot of Syila”

-the meaning of the plant “I-hing” 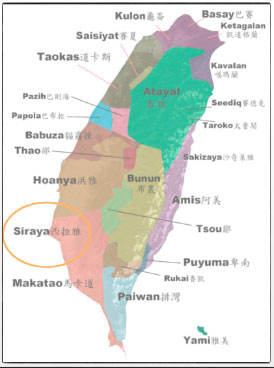 Concepts of the artwork Local Narration – Says The Tribal Shaman: ___

For the past years, I have been video-recording the life of an indigenous shaman in the hope of figuring out what the role of a shaman is and what it means to be a shaman in a contemporary social context.

As for the manuscripts, they are derived from the field interviews with my informant, that is, the tribal shaman, and they are later presented in the form of a series of short stories. I then entrusted the stories to researchers of the Siraya language for translation (from Taiwanese into Siraya). The final product features a combination of an exclusive perspective and linguistic expression indigenous to the tribe in question, hence “local narration”.

I resort to linguistic concepts, such as ‘dialect’ or ‘accent’, to perceive the supernatural stories recounted by the tribal shaman, and intend to identify whether local narration of a particular tribe grants us outsiders an alternative and unique way to make sense of the world.