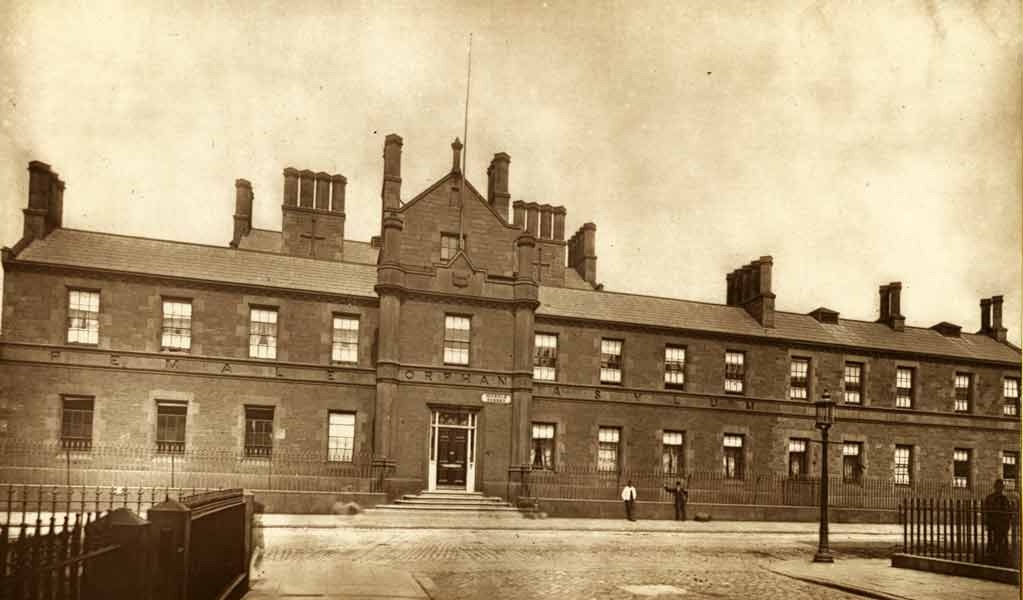 I was about sixteen or seventeen, still living at home in Myrtle Gardens, Liverpool 7. I now had a boyfriend.  He came up one evening to see me and we spent some time playing records and stuff.  He left at about half eleven -twelve o’clock, something like that, and he had to leave Myrtle Gardens go on to Myrtle Street and on to Crown Street and past an old fountain in Crown Street.  This fountain has been there since the 1800s.

The next day, my boyfriend telephoned me.  He told me that that night, as he passed by the fountain  – he was particularly cold, it was a frosty night – he looked over at the fountain, because he could hear children playing and he thought, “wow, it’s really late at night, it’s cold, it’s frosty”.   He saw, as he described it, a group of very young children, maybe six, seven, eight and in Victorian rags, playing around the fountain.  Then he noticed one of them pointing at him and starting to laugh. Later on when we were discussing it he said he assumed it was because of the way he was dressed, with his flares on and his big Afro. Of course, it would have been unusual for a Victorian child to see him dressed in that manner.  And, as he was looking at the children he noticed that not only were they bare foot, but the were floating about six inches to a foot off the floor.

He quickly scarpered down the road home and I don’t think he ever went that way home again when he came to visit me.

This all happened about 1500 yards from Orphan Street.

You can read a little more about the Female Orphan’s Asylum in Myrtle Street here: http://streetsofliverpool.co.uk/tag/orphanages/